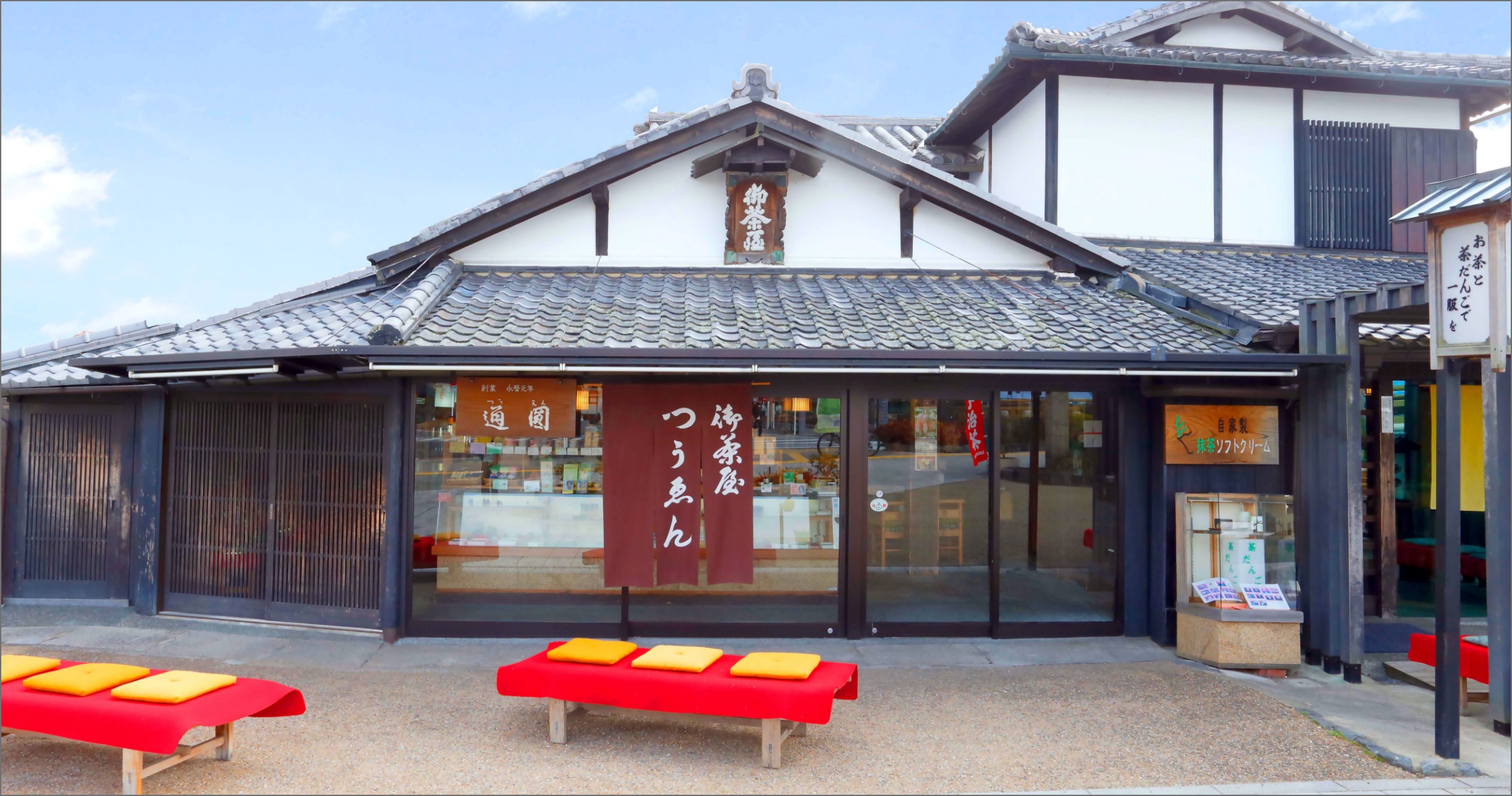 Tsuen Tea is an independently owned family company established in 1160 C.E. It has operated continuously until today, making it Japan’s oldest teashop.

Since its founding, the shop has stood at the eastern end of the historic Uji Bridge in Uji, Kyoto. The current building remains nearly unchanged since it was built in 1673, and is the most recent in a series of shops owned by the Tsuen family on the same site since the year 1160. Today’s Tsuen teashop’s traditional interior is defined by an exquisite collection of antique tea jars, a traditional kitchen well, low ceilings and exposed beams. Over the last nine centuries, there have been many connections and references to the Tsuen family and teashop in traditional Japanese art, literature, theatre, ceremonies, and festivals.

In 1160, the first ancestor of Tsuen family, Furukawa Unai, was a samurai who worked for Minamoto Yorimasa. Furukawa retired, then changed his name to “Taikeian Tsuen Masahisa”

Taikeian is the name of building where Zen monks or other people go when they are trying to achieve enlightenment. Usually they change their name to “xoxan”.
“Tsuen” means Tsu – way or path and En means circle, round, or calm and En is a word from Zen. When a person gets older they have a better understanding of life so they don’t get upset as easily as they once did.
Anger is usually pictured as spiky or square shaped and round or circular shaped is pictured as happiness, calm, and relaxed. Tsuen means the path of the circle feeling. One often sees the picture of EN in Zen Art.

The TSUEN TEA SHOP is in Uji, Kyoto, Japan.

We wholesale to shops in Vancouver, BC, CANADA.

TSUEN TEA : Just wanted to say Thank You for lovin

TSUEN TEA: Whisked my Matcha at Home, and had with